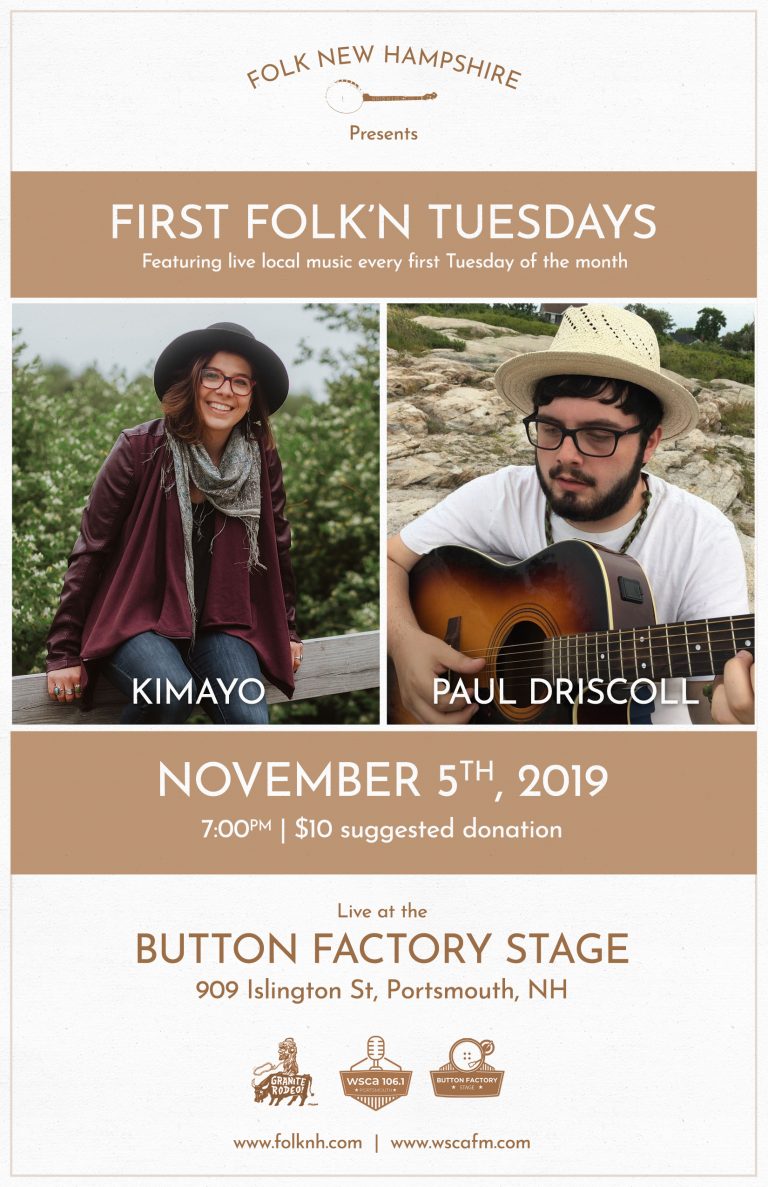 Folk New Hampshire is gearing up to debut our monthly concert series on Tuesday, November 5th. The first installment of First Folk’n Tuesdays will feature two singer/songwriters Kimayo and Paul Driscoll. It’s all happening at The Button Factory Stage at 909 Islington Street in Portsmouth. Music starts at 7pm. No tickets needed, but donations are much appreciated.

Kimayo’s silky-smooth songwriting and vocals will resonate familiarly with fans of contemporary folk. Her songs of coming of age and self-discovery are easily relatable. Kimayo recently released her album Phoenix about which you can read Folk New Hampshire’s review.

Paul Driscoll has been crooning for audiences across New Hampshire as a solo act as well as with the Milford-based band, The Dirty Double Crossers. His gritty style evokes images of whiskey-tinged bar rooms and dredges up scars of false-hearted lovers.

Check out these videos featuring both Kimayo and Paul Driscoll. And be sure to head on over to the Button Factory Stage at 909 Islington Street in Portsmouth on November 5th to catch these folks live for Folk New Hampshire’s first-ever First Folk’n Tuesdays.