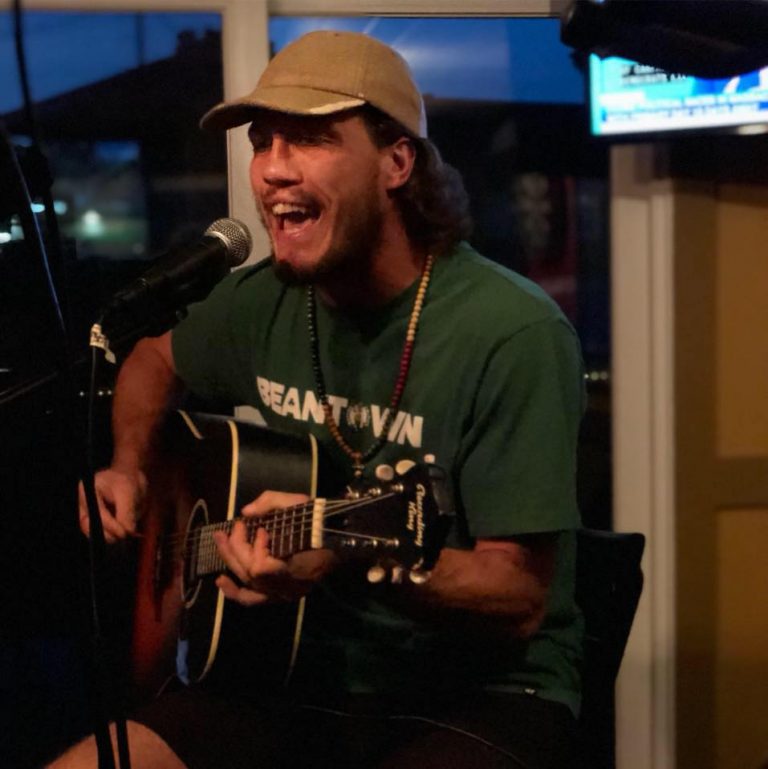 TGOOD and the Extra Friendly’s are a folk-rock group from the Monadnock Region of southern New Hampshire. Full time singer songwriter and guitarist Eliot Pelletier make up the core of this operation, but the band has brought in many different artists to create and perform the best shows possible.

Most recently, Tyler released his solo album in February “The Weight of Thunder”(available all download sources), and brought an All-Star cast together to perform this album live for the release show including ; Mike Chadinha drums (Roots of Creation) Eliot Pelletier guitar (End of Never) Tom Rutledge (WTFE Varsity Material) Phil Parison keys and Ashley Rae Boudreau vocalist, at the infamous Harlow’s Pub in Peterborough,NH. TGOOD and the Extra Friendly’s had their first show in August of 2018 and included artists; Kaylea Verville (Shelf Life) Vanessa Hale and Jimbo Labell. There is always a taste of everything at these Extra Friendly shows. A unique blend of raw writing, and a rock n roll that has found influence from every genre, collides to create grooves inside of a folk alternative setting with beautiful lyrics and meaningful stories aligned. Jazzy intros and luscious outros connect effortlessly with some of the most catchy choruses you can’t help but sing along.

You may have heard Allgood’s writing from 2015-2018 in a group called “BandBand” that made their way around New England for a couple years, or if you’ve been in for the long haul, “The Barnowls” a dead cover group base, released a Tyler Allgood original EP in 2010 (not online). TGOOD and the Extra Friendly’s are also known for playing obscure cover songs which may feature lesser known material by some of your favorite artists, but also have plenty of Grateful Dead, Beatles and classic knowledge to bring you through a set with something to sing.You may also catch the sounds of The Black Keys, Dr Dog, or Andy Shauf in some of the more recent years of inspiration.

“The Weight of Thunder” was a project that got started in 2018, and released this last February. “Allgood bares his soul in what is his most heartfelt work to date (Monadnock Ledger Transcript). In this studio acoustic album, you’ll hear Tyler’s guitar work on his telecaster cutting in and out of the verses, and bridge work like no other connecting vocals to the riffs. “Crawl Space” and “Dense” were the newest Allgood originals at the time, but they line up correctly as the beginning and end to bundle this material together with the title track and concept meaning. As the finishing touches came together in the studio, it was clear this album was meant to be. Ryan Reminisce (recording artist) and Jackie Griffith (cover artist) helped bring this album to life with their expertise.