The Weight of Thunder 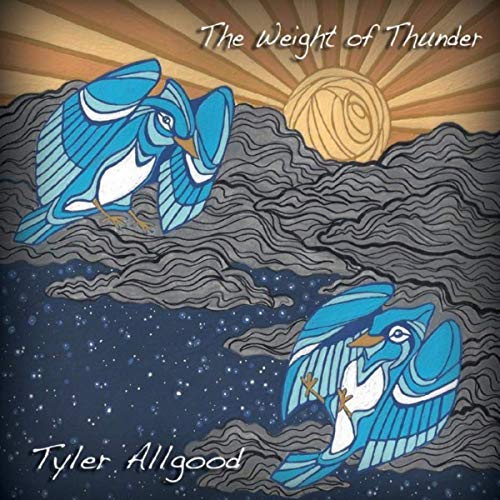 The Weight of Thunder

Earlier this year, Tyler Allgood — known for his live collective, TGOOD and the Extra Friendly’s — released his solo album, The Weight of Thunder. The 8-song album features a stripped down sound but delivers songs completely packed with heart and soul. Fans of folk and psychedelic rock will find themselves in their element with this album and take comfort in the gentle, Jerry Garcia-inspired lead guitar that accompanies many of the tracks. Tyler’s lyrics forego familiar cliches as he weaves his own poetry with his acoustic guitar and explores finding hope and positivity in many of life’s challenges.

” In 2018, a friend of mine was itching for a project to engage. With most of my writing being used in a band I was in at the time, I decided to use some raw material, mix a couple old numbers in and create a solo album. While the writing became more solid in the studio, it was clear this album was meant to be and I am very pleased with what I got from these sessions.

“My writing touches on a lot of the heavy feels, tragedy, addiction, trauma, but also has a way of describing emotions to their core, happy or sad. Sometimes I call it ‘making light of the dark’ and like any artist I have some love songs, but can be carried in a darker manner that matches me.” ~ Tyler Allgood

You can grab The Weight of Thunder wherever music is sold or streamed. Make sure to keep an eye out on Tyler’s Facebook page for upcoming shows.