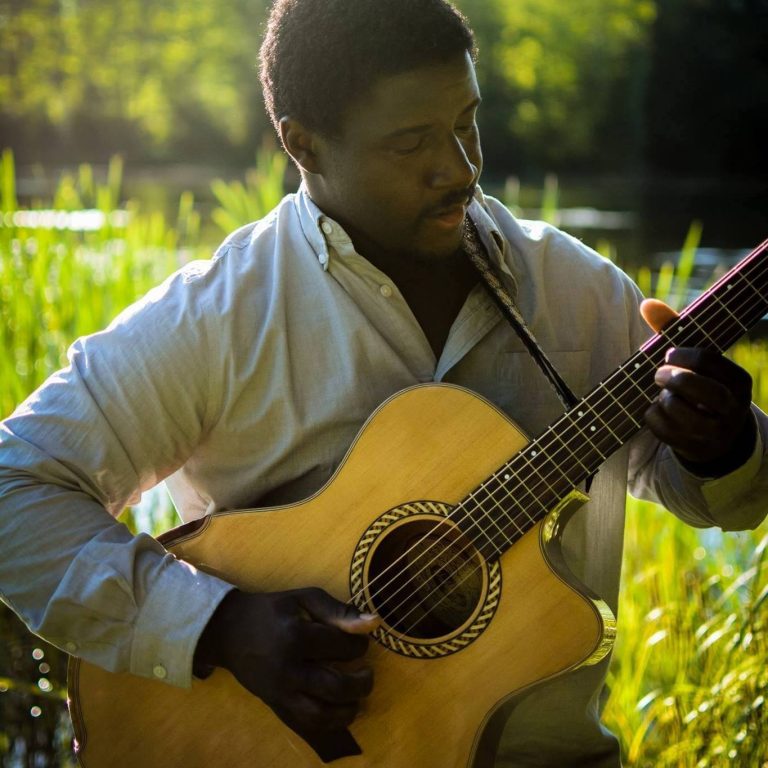 Senie’s US family owned a world-instrument import business and shared his love of music. With the help of his adoptive father, an amateur guitarist, Senie began to play the instrument at the age of 7. He learned most of what he knows through watching footage of live concerts of early influencers, especially Stevie Ray Vaughan, B.B. King, Eric Clapton and The Allman Brothers. As he learned guitar, Senie’s rhythmic instincts led him to experiment with drumming on the guitar as a way to capture the sound and rhythms of his West African roots.

As a teen, Senie attended Berklee’s summer music camp in Boston, and local music camps in New Hampshire. During college he enrolled in several music programs to understand music beyond its performance aspects. Senie quickly found that his work does not fit a traditional approach or style. After struggling to conform to the music school curriculum he left college to pursue music in his own way.

Senie’s playing is eclectic, powerful and artfully unique. This original approach and performance style, especially his unique percussion, sets Senie apart from other acoustic guitarists. Senie composes continuously and has a large body of work for one so young. He performs throughout New England and is set to release his first studio album Song Bird in May 2019.