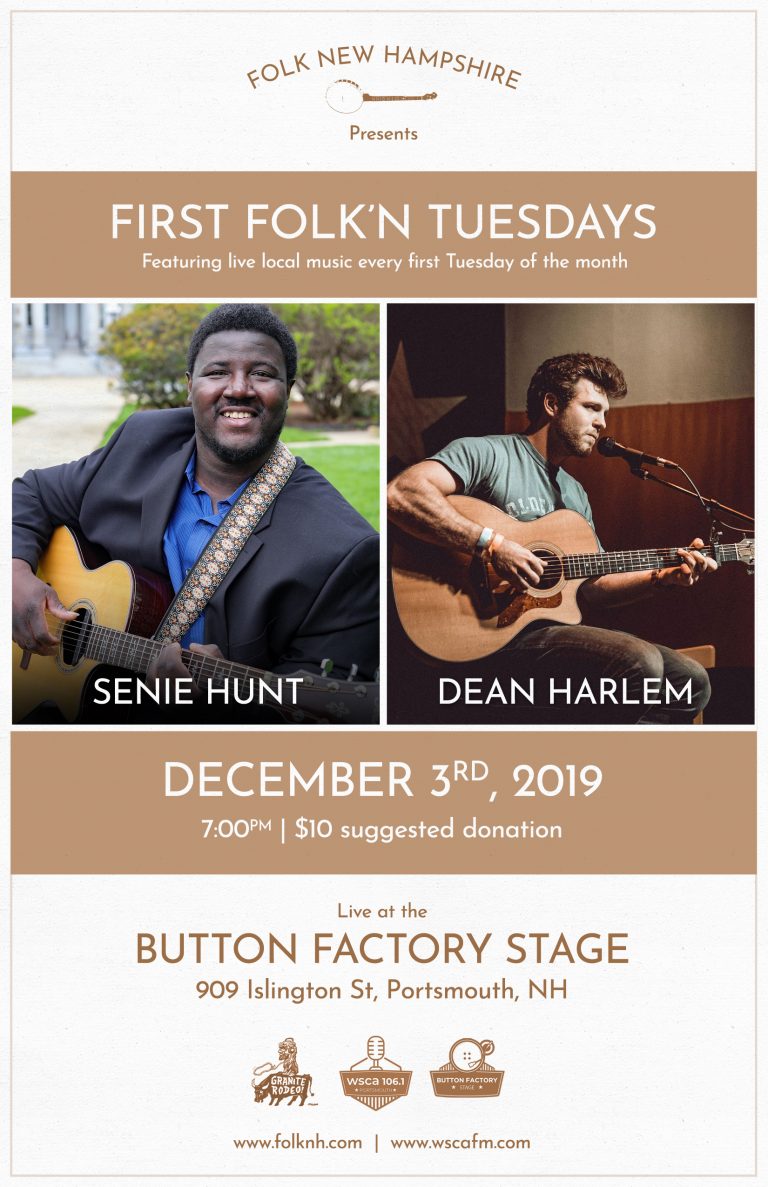 The second installment of First Folk’n Tuesdays is upon us. On December 3rd, two fantastic artists, Senie Hunt and Dean Harlem, will show off their respective brands of folk music. The music will kick off at 7pm at WSCA’s Button Factory Stage in Portsmouth. Admission is by donation, so come on out and give what you can!

Dean Harlem is an Americana, roots and country Singer/Songwriter based out of Epping, New Hampshire. His Journey began in New Jersey, which he left after high school to hitchhike the U.S. chasing after the spirit of Woody Guthrie. He cut his teeth as a performer playing on the street in San Francisco for tips, sometimes playing for up to 8 hours a day.