Lunch at the Dump 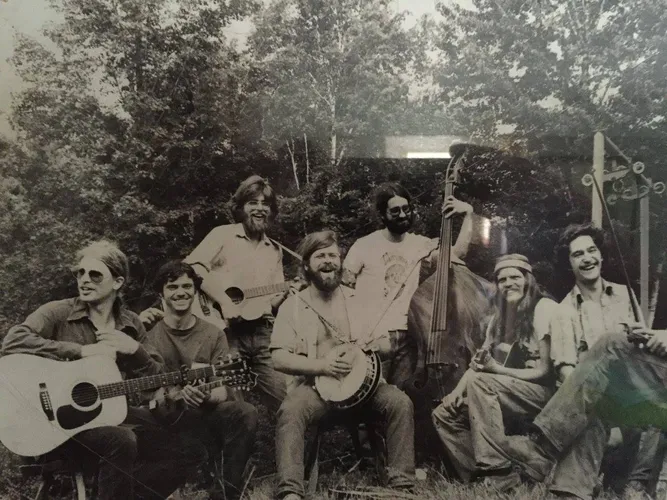 Lunch at the Dump

Two kids from Concord NH wanted to play music and discovered Old Time acoustic tunes were pretty cool.  They dialed into some older guys from Davisville NH and after awhile, started playing gigs nearby at The Glendon.  Add in a carrot cake sourced from the local land fill and a hungry crew at a rehearsal and LATD was born, founded by Matt and Peter Leavenworth.

Lunch At The Dump quickly found its voice in an unconventional style of string and bluegrass music.  They were, but weren’t, a lot of things. Americana Music, Bluegrass, Swing, The Star Trek theme song…whatever felt good.  They developed a following, a VERY BIG following that led to playing full time as professionals throughout the North East.  They even performed as a summer stock orchestra, twice, for the Broadway bluegrass hit, The Robber Bridegroom.  The Boston Globe panned the show  but raved about the Dump…such is show biz.  By now, Chris Pimentel and Stan Chew were members and adding to the eclectic sound.

After years of playing and touring, LATD settled into a less hectic pace and the members branched out musically and personally for awhile.  But as time went on, the Americana music scene caught on to what The Dump had been doing all those years.  With Doug Baker now an integral part of the sound, LATD is back at it, hard.

More from Lunch at the Dump