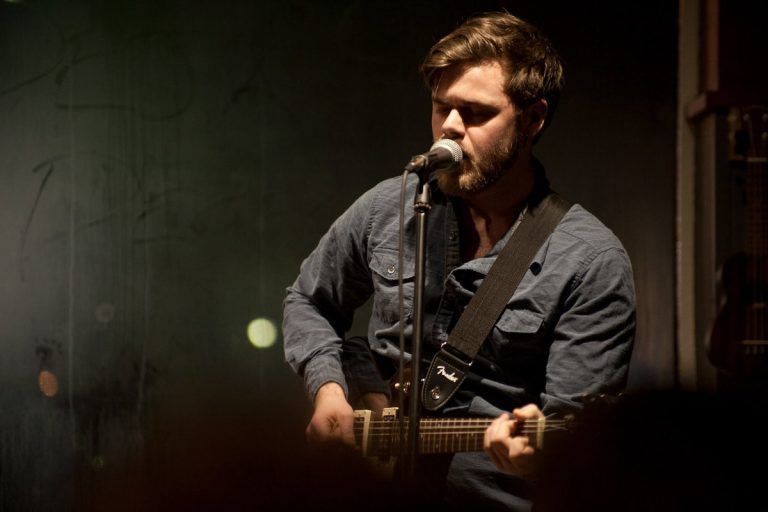 Derek Russell Fimbel is a folk artist from New England. In 2013 Derek founded the indie folk group The Doodads & Don’ts with whom he released two albums. When The Doodads stopped actively performing Derek put his focus on his own music. In 2017 he released ‘The Company You’re Keeping’, a duet album with vocalist Vanessa Hale, followed closely by his single ‘Bigger Than Me’.

In addition to his own music Derek also plays in the rock bands Bad Sandy and King Pine as well as the roots trio The Dirty Double Crossers.