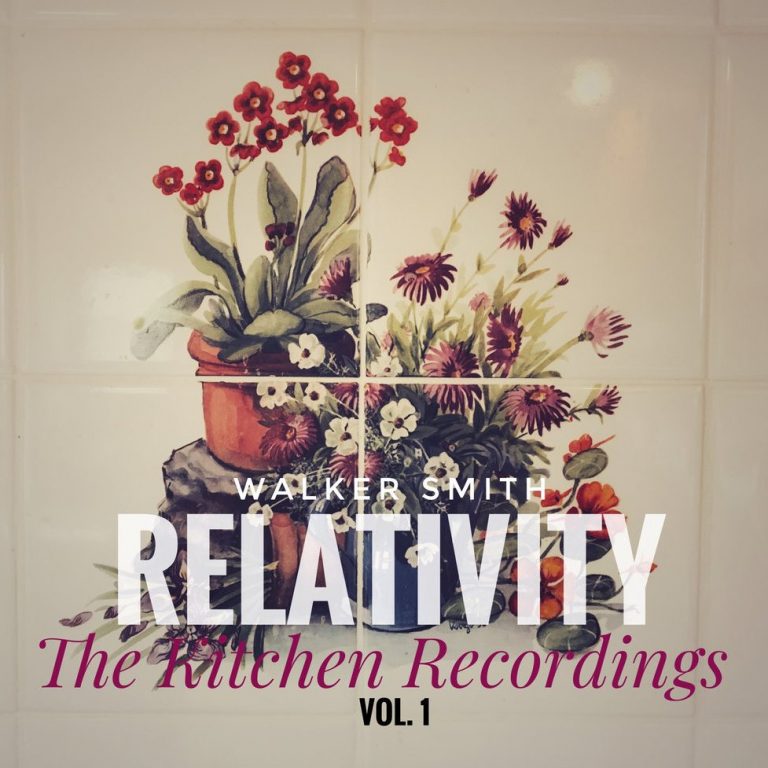 Walker Smith is smooth. That’s his style. In keeping with his style, last week he nonchalantly released his latest effort, Relativity (The Kitchen Recordings) Vol​.​1. The new release comes less than a year after his last studio release, Screamin’ Eagle Highway. So, clearly he’s been busy. This time around, he’s taken it upon himself to play producer and engineer in addition to recording artist.

The 9-track album touts all new original songs and a stripped-down arrangement consisting of only acoustic guitar, vocals, and percussion. The latter of which showcases Walker’s Yankee ingenuity in making use of household objects (such as a hoodie zipper and a flour tin) for percussion a la Tom Waits.

The album’s sparse sound allows Walker’s voice and songwriting to stand at the forefront. As has been the case in previous albums, the combination of the two is the primary draw for listeners. Perhaps most obviously compared to Ray Lamontagne, Walker croons with a sort of silky-raspiness that’s both tender and weathered at the same time. It’s the kind of voice that draws us in and keeps us listening.

Walker’s songwriting and lyrics are excellent to say the least. Just as with his last two albums, he forgoes tired old norms and tells his own stories his own way. His writing style somehow trods effortlessly between the utilitarian and the contemplative. He sings of forlorn lovers and narrates with a neutrality that leaves the audience guessing who’s at fault.

A few standout tracks on the album include “Photographs of Harlem,” “Keep in Touch,” and the title track, “Relativity.” While the audio production isn’t too shabby for a DIY effort, Walker’s high-caliber songwriting could’ve benefited from a more professionally-engineered recording. The stripped-down nature of Relativity paired with a few high-end microphones would’ve put this record over the top. But with or without that luxury, the songs and Walker’s voice absolutely stand on their own and make this album a must-own record.

You can grab a digital copy of Walker Smith’s Relativity (The Kitchen Recordings) Vol​.​1 as well as his other albums on Bandcamp.com.

In this article: Walker Smith